Scalzi provides us with a (semi-)utopian alternative, which is a laudable thing to do in these dark, depressing times. In a situation where it is still easier to imagine the end of the world rather than modest improvements to the world system, I will say that even from my own marxist perspective Scalzi’s reformism is a welcome riposte to the ideology of “there is no alternative.”1

I’ve not read these books, but reading Shaviro’s short review has got me interested. Mainly because, based on this review, Scalzi’s understands utopia as a process rather than as an end.

Another way of saying what utopia as a process is wold be, as soon as we get to utopia we will wreck its, or it will start to degrade, or both.

It’s not about arriving at utopia! It’s always about trying to get closer to it. And even though we will never arrive we should keep trying anyway. 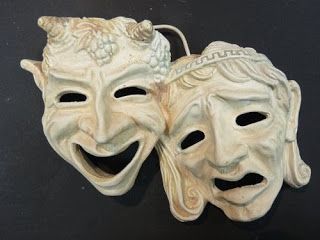 Comedy & Jouissance
Latest posts ‘No believer should arrive willing. From Julian Simpson’s email newsletter Can you live without answers? talking about music Racism, hate, & jouissance The Body & Memory The Reanimated Monster of Totalitarianism Is it still there? 23% of the population makes up 48% of the parents… The Speaking Body a rescue mission, not a war A funny thing The Great Truth (insult?) of Psychoanalysis The effect of the Name-of-the-Father & the Law Desire comes from… Lacan on Drive V. Instinct Mari Ruti on the Repetition Compulsion Laurent on “awakening” Trump is a psychotic structure  par excellence Comedy & Jouissance john Scalzi’s Interdependence Trilogy Freelancers & COVID-19 Jouissance is flexible Jail is better than the “freedom” to live in isolation? The Neurotic v. The Pervert The ability to “code” things Deleuze on flows The incarcerated: These in a “state of exception”. & COVID-19 The Uncanny, the Double, dad Ding… Good advice from Taylor Adkins Paul Kingnorth on just how fragile our “Everyday life” is.